Right, so we got that formality over and done with (xmas greeting etc.) 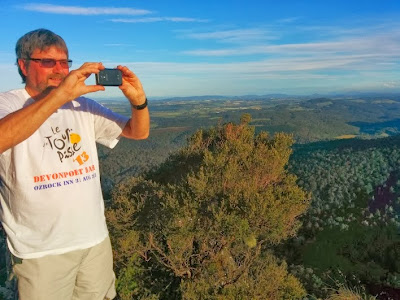 The Bastard of a run last week really wasnt such a bastard of a run really. Actually it was quite fun. Half way up there was a huge flour  sign to say 'almost there', and there was port and a magnificent view as well. This could almost be considered a mini HOFT... 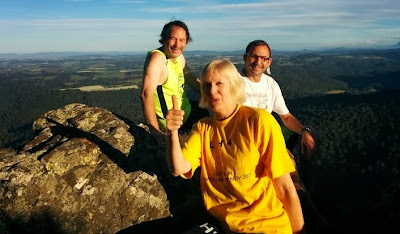 Tonights run is the Devonport Hash Christmas Cheer in 33 Amherst Street, Ulverstone. Fabulous 17 Course Banquet planned. Apparently we also need to bring a dish (female preferably). Bring a $10 (not including GST) secret Santa present and $20 for the run. No raffle, save $5 hooray!! If you're lucky you'll receive a left-over fancy Dhash Xmas shirt in a size you'd like to fit in.