Poxy's lavish flour trail (you can tell this is fiction) led the runners a merry dance along the foreshore trail and down to the beach for a Mastercheck the size of a small city.

Cheese played (and won!) sandy noughts and crosses with Flasher because you don't need to be a good speeller to play norts and crisses.

Trail took the runners well up into the trails between the Don College and the swimming pool before sending them on home again.

Meanwhile the walkers made it to the first Mastercheck, before half went bananas and split off home. The remainder -Tracka, Dini and Ringo- went for the B root, following no trail (typical clever trail setting by the hare) and collecting up late starters Who and ShoveIt who were on a different bit of the no-trail.
On home to the firepot and the plywood lawn (beats mowing) where Mabel had prepared a fine three course spread. The wrigged raffle was bolstered by a supply of used sticky DVD discs which Bastard collected from a church fair. Other popular prizes included pre-squished marshmallows, a Norse virgin's initiation hat (modelled here by Tandem) and a quantity of Cowboy shots, the effects of which can be gauged by Tracka's demeanour (above). We want some more of those next week.

Next week's run is being set by Flasher from 118 Upper Maude Street, Ulverstone, with Gran's Other Van (A Bit of This) on kitchen duty. 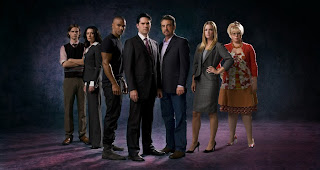 70% of you voted for GoneAgain's release. Criminal Minds are very disappointed, but the gene pool in Tasmania is too small for them to find unique forensic evidence to keep him locked up...

Last week's run was at Shove-it's place and the Wimps and Rambos (aka Walkers and Runners) all followed the same trail. The walkers arrived at the OnOn almost after the Circle! Good boogers on the barbie and beers, raffle and the usual carry-on.

Monday's (31 May) Run is from Poxy's Palace, Eugene Street Devonport.
No comments:

Take Your R*n and Shove It

This week's r*n on Monday 24th May is from Shove It's house, 4 Adina Place, East Devonport.

Wear Odd Sox, bring a torch, $10, extra beer if you are a pisshead, and extra paint-stripper if you are a fussy bitch like me. And if you are Mabel, remember to bring the Hub this week.

On! On!
Dini
No comments:

Darkness becomes the city of Devonport, and in fact who doesn't look good wearing black with fluorescent coloured stripes? It was a balmy evening with a generous pack and a crescent moon overhead.

Trail ricocheted around the streets and the walking track, taking a dive up a ring-stretching street and back down through the less salubrious addresses before heading back to the foreshore trail and home. With minimal prompting, there was an attempt to see how many hashers would stack uncomfortably in a phone booth and who could stay on top the longest.

On On back to Eagle's nest where Mabel had slaughtered a brace of hamburgers and hunted down a flock of coleslaws to satisfy the hungry hashers' voracious appetites.
Wearing his other hat (or sock as is the Devonport Hash Custom), Mabel then conducted a tidy lippery with plenty of downs and a bare minimum of tantrums (thanks Dint).

The raffle was as always wrigged with fabulous prizes and unsuspecting sponsors, with Tandem scoring the major prize a pair of velcro gloves, and Fanny May brazenly making off with the Cowboy. 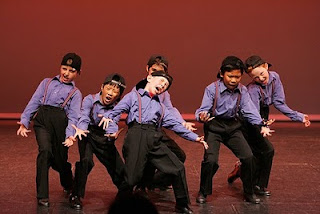 This week's run on Monday May 17th coincides with one of the many International Days for a worthy cause, so bring along your best Tap-dancing shoes for a tip-toe along the Rive Gauche.

Eagle is setting for us from Policeman's Point, Wheeler Street, East Devonport.
On On will be back at Eagle's Place, 25 Torquay Road, with celebrity salad-tosser co-hare Mabel on kitchen duties.
No comments:

Sure enough by chance the run started in the hotel right next door to work!!
Words would't do it justice, so just watch the slides...


For the full sized slides click <here>
No comments:

To the Topiary Town on May 10th 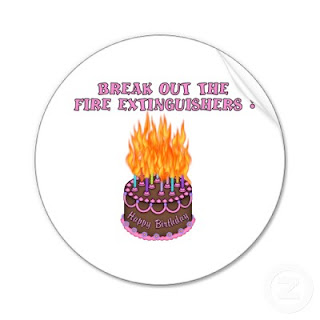 This week's up-cumming run is being set by Black Tracka from the corner of Sheffield Main Road and Kimberley Main Road (that's the corner of Crocker Street and Foster Street) in the heart of Railton, with the On On back at Tinsel's place. There's rumoured to be a blazing fire, which may in some way be connected to Mabel's birthday cake.
No comments: