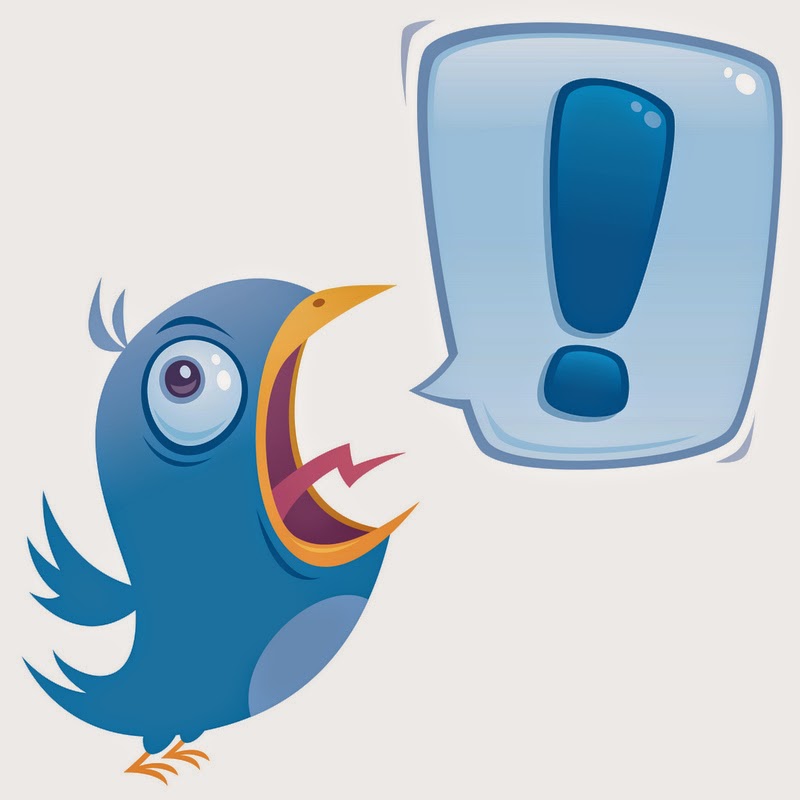 Cheese’s Run:
Last Monday saw 17 hashers roam the streets of West Ulverstone and return to the Hash House for a feast of Savaloys and Hot Pies and a viewing of the Brownlow Medal presentation. Our thanks to Dint for his excellent organisation of the sweep. Guardsvan drew Matt Priddis who was a popular winner.

Thanks Cheese (and Moldy and Tasty) for hosting the evening. Foggy held his usual slippery lippery and the hub was “awarded” to Crow for not bringing the hub! 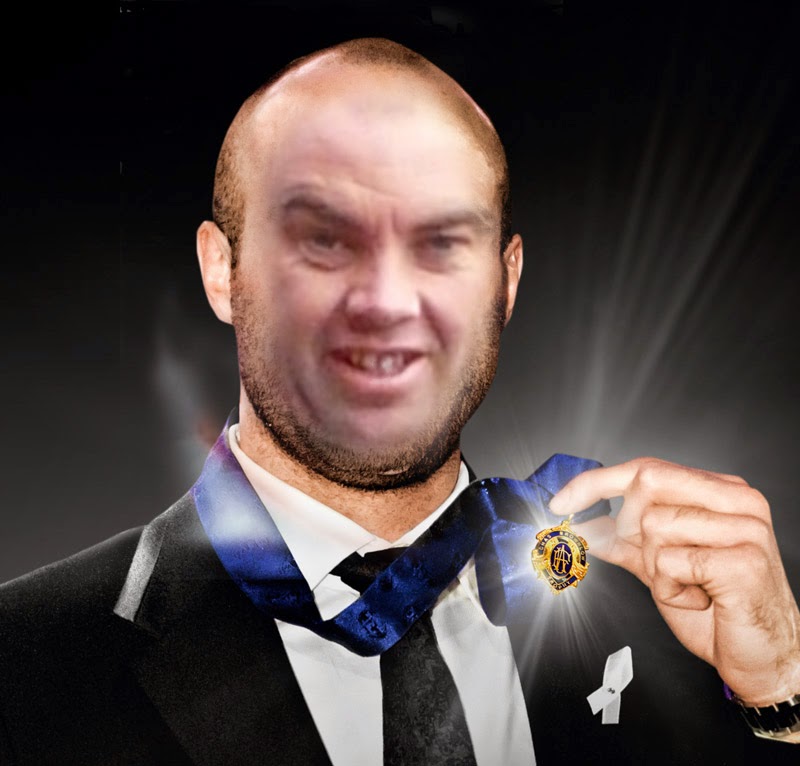 Just a reminder that Monday night’s run is at Cheeze’s and it will have a theme.

The theme is football, so wear your footy colours and scarves etc and enjoy footy food at the end of the run (savs and pies etc.)

Also bring an extra $2 to participate in my world famous Brownlow Medal sweep and you could go home $40 richer.

I’ll prepare a list of the top 20 hopes in the betting market and we’ll each draw for a player. First option will be given top those present, then absent hashers (i.e. partners etc. not attending who want to be in the sweep) and finally, any remaining places will be sold as seconds to anyone who wants another player (bring $4 extra if this is your intention – no guarantees you’ll get to spend it all though).

Burnie Ten and Octoberfest on the horizon

Bald Eagle's run/walk was another original permutation of the well trodden East Devonport pavement. OnOn in his shed with his MG safely stowed away in its body bag, safe from doggy claws but not safe from FC body imprints.

Next run from Yep's place, on the bottom of Mission Hill Road, Numba Wan - he has been warned. Hone your pin-ball machine skills and get ready for the Game Hash of the year.

And if that wasn't enough entertainment why not get your belly full at theH5 Octoberfest at Lemont on the weekend after the BurnieTen. 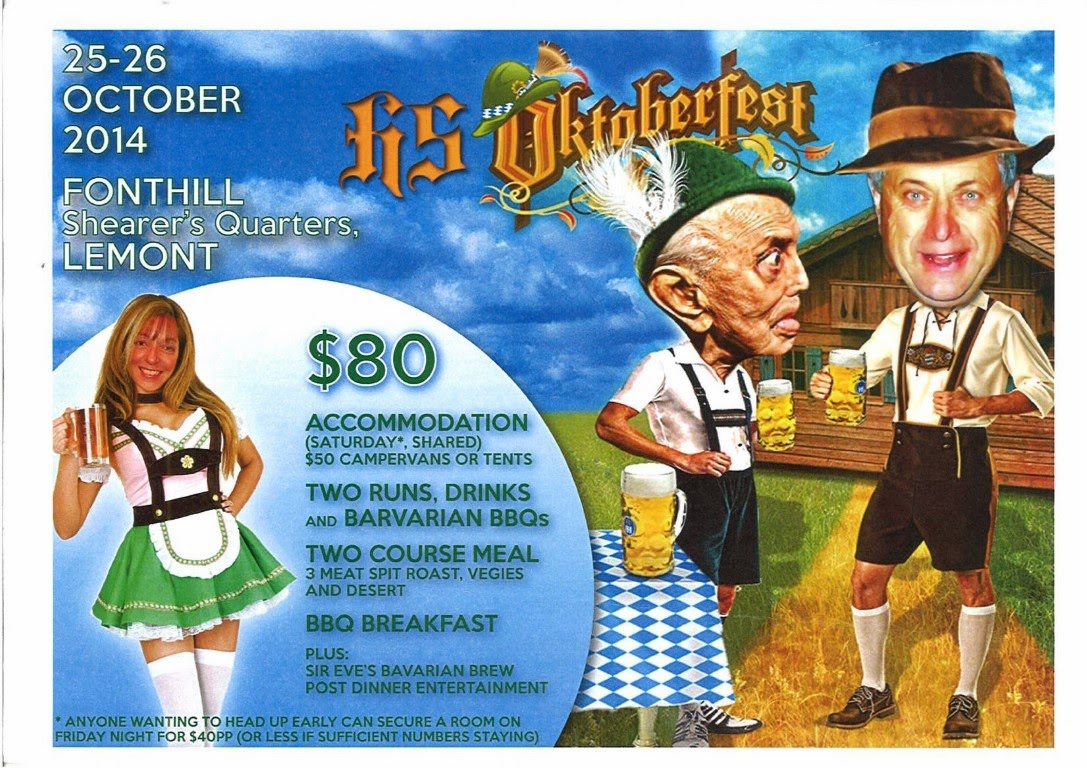 Full moon and Eagle coming up

Thank you Lantern for another entertaining Kelcey Tier adventure! This time the object of the run was to get several wheelbarrows which were strategically left around the well floured trail. Walkers were treated to a glimpse of the Tiers whereas the runners were exposed to the full elevation potential. Runners were guided to the top farmhouse track and sent down the steep Western tracks on the boundary. False trails and checks down misleading steep tracks, and a big HHH fter the fallen tree.

At the OnOn, below the Bass flyover, Lantern had prepared a feast of Lanternic proportions, consisting of meat, meat and more meat. Cake was trucked in from Ben Lomond by Crow who had full intentions of putting someones face in it, but.... it was a chocolate mud cake made by yours truly GoneAgain and was thus irresistible/irreverent to waste. In fact the cake was part of two cakes randomly made the week before. This cake had quite a life:

FULL MOON:  COMING UP ON TUESDAY: LoonRhash on Tuesday 9th will be from the Coles overflow car park near McDonalds in Ulverstone 6.30. pm set by Mr B*stard. On-on at Jade Willow. See you there!!