This was a special run to honour Soff and to return him to his beloved Turners Beach – appropriate given his love of sailing and surf and beaches and everything.....
This was moving moment for Landing and S.S. especially. A fine trail by Van led to the sea where a first M.C. enabled Soff’s distribution. The trail then wound along what was left of the beach (scarred by logs and shingle) and back up the Forth River and then back via town to Landing’s. Before celebrations began there was a major disaster with the firepot losing a leg. However several enterprising hashers retrieved the position.
Guardy was in residence with his mobile kitchen preparing a feast fitting to Soff and Landing. Crow’s rigged raffle enabled a lucky F.C. to scoop a beautiful wine and he immediately lost interest in the other worthy prizes. Central Coast Cruiser Maggie was an unfortunate apology due to illness (alcoholic flu).
Master masturbator mariner Nez made a welcome return as did Poxie and P.B.. Two Dogs felt moved to give some free advice to P.B. on some muscles most have never heard of in the latter’s quest for marathon greatness. Ping Pong champion (among other attributes) Crab received some free legal advice for his rapidly expanding tour business from Rumpole. Stone’s Green ginger wine and fine port rounded off an excellent night to farewell Soff. Thrust made an opportune visit so that she could host next week’s run due F.C.’s inability to change at short notice.
Quotes from the quotable! Ah, yes, divorce......., from the Latin word meaning to rip out a man's genitals through his wallet. Robin Williams- 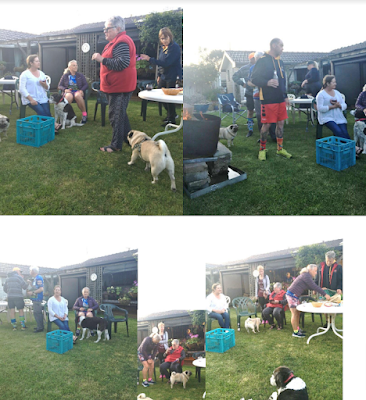 Steam Shovel (Soff & Landing's daughter) is participating in a walk to raise funds for brain cancer. She is inviting us to contribute to the cause. If you choose to participate, will you please bring your sponsorship to Landing's hash. Thanks