Hardcore hashers like Bedpan, SuperSal and the likes showed up for a run last Monday night with the others still hiding from winter in far corners of the world.... Guest appearance by John Henry in the guise of Foghorn came from South America with empty hands (not even a well worn red T-shirt), en-route to Melbourne for some soccer match. Crow ran us to West Ulvie and back, fed us good and then kicked us out. 1080 and young Michael made a cameo appearance handing out Michael's candies for desert. John Foghorn Henry was off early as he had to fly to Melbourne to roll out the red carpet for Cheese, Boner and Bastard, and meet his Liverpoool fans.
According to the telex above, received from Rosebud Victoria, our next run (on Monday 29 July at 630pm) is from the Spreyton IGA, and the OnOn is in Talbor Court up on Foggies Hill.
No comments: 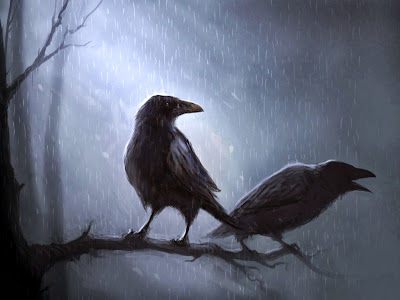 Monday 22 July 630pm we're running from Crow's place at the OzRock Inn. If we're lucky and on best behaviour he will let us use the dining room.

Last run was run from Sof's and ventured across the wrong side of the tracks, which. There too the sun didn't shine.

Also, don't forget LoonRhash next Tuesday 23rd July will be set by Phay Wray from Fish on the Edge, Wivenhoe. 7pm

The night was dark and stormy, the toilet light was dim.
The hashers come a running, and Cistern he let them in.

Eleven brave souls hit the cold cold air,
Bedpan froze her tits off, not that anyone did care

The trail we did follow, up hills and down dale.
Every hasher had a story but no one told the tale.

One Mastercheck was well hidden,
found by Hashers Maggie and Crow no kiddin!

The HHH was never found,
A lonely arrow, and we were homeward bound

Though Citern claimed vandals took his markings away
We all knew it was him who fucked up this given day.

Sausages and burgers made up the feast,
Enough to feed the hordes and Cheese’s mighty beasts.

The rigged raffle went down well with Cistern taking home the swell.
Tandem took a fair share of loot, the rest of hashers got …. (nufffin!)

Maggie missed out,
So he was lucky without doubt.

Bastard, Cheese and Boner just want to forget,
They had enough, they are off to Phuket...

Road bicycle ride, walk, run or on the motorbike for a couple of hours with piss-stops. $50 includes shirt, fabulous rigged raffle (BYO trailer) and more junk fresh from Asia! 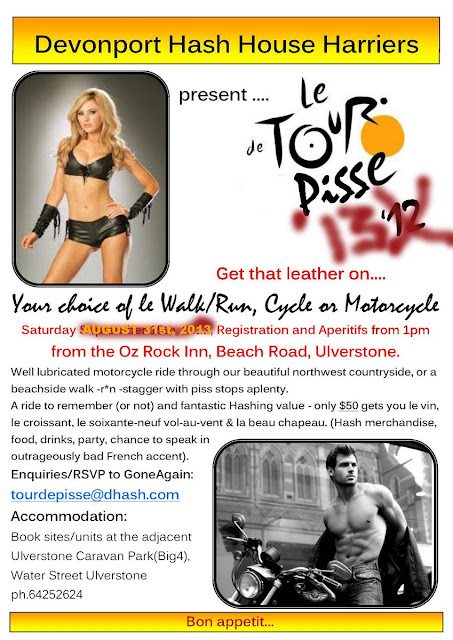 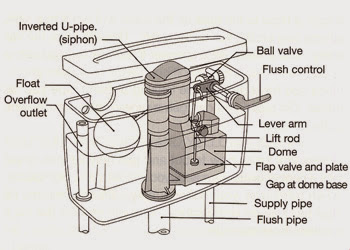 No run report or graphic images for Crow's Beachhouse, so we can only imagine... Cistern is setting next Monday's run. Be at 14 Mission Hill Rd, Penguin (6:30pm Monday July 8) and find out how Cistern keeps his physique.

DevonportHash is at old beach house next to Crows... If you find it the starting time is 630pm and the run date will be Monday 1 July.
No comments: