This is F**KING URGENT - Change for next run! 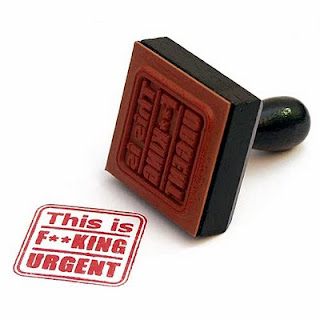 There has been a change for next Monday's Run. (3 Jan 630pm) It is now the wet
tee shirt run at Crows. The following week is being set at Les Biens at the
end of McCabe Avenue, Devonport. 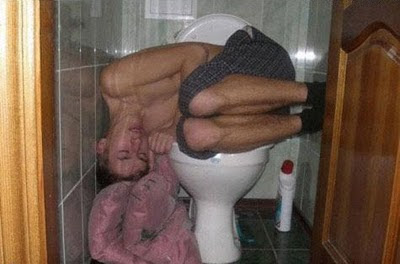 3/1/11 630pm - Alma Bridge (Wilmot side) 12.2 ks from Forth on Wilmot Road. Depending on weather conditions there will be wet foot trail for runners and dry foot trail for walkers (or a combination thereof at your choice) 6.45ish start. Dogs need to be on leash. On On at picnic shelter near bridge – Hare: .... Guardsvan

Christmas was celebrated in the North West in traditional Hash Style. Burnie Hash was overwhelmed by Devonport Hash who all politely showed up respectably late. Phaywray and her little helpers cooked up a storm and no one was felt wanting for more... Well, except Santa of course. We all wanted more of him. We all duly sat on his lap hoping for that little bit more, but short of a flashing smile Santa Ringo was awfully well behaved.

The next night at Crow's abode, saw Devonport Xmas Hash started with several circles on the beach. Not sure if they were employees of the renowned Oz-Rock-Inn, just ring-ins or just a flook, but two beach bunnies showed up for a photo session, drooling over the handsome Santas present and wanting to sign on the HHH dotted line immediately. GoneAgain set the minimum Hashing age at 12 to cover all possibilities and promptly was told off with a down down and Cheese reminded him that the minimum age was 16. Miraculously the beach bunnies still qualified and we shall be expecting them to show their smiles at the next hash (even though they went to school in Launceston)!

Numerous runners made it to the end of the Ulverstone Rock Wall, and from there on the night degraded steadily with the lip having to hand out spankings with a wooden spoon and writing out sexual favour cheques for the goody -two-shoes who failed to join i against the lip. The night briefly reached a new climax with a superb meal at the ORI (Oz Rock Inn) but after that we resorted to the usual low standard of entertainment which included pole dancing (Crow wiped the pole with his tongue after each session). The night came to an abrupt halt when Crow was floored by his own entertainment unit which threw a heavy loudspeaker at him after he failed to maim himself on the pole.

Next Devonport Hash run shall be from the Tasmanian Arboretum on the Old Tramway Road near the Huge Banana (Eugenana).

God Protect Launceston as they are having LoonRhasH Christmas at the Duke of Wellington hotel at 7pm  with a pub-meal.
No comments: Just to be clear....  Crow's Oz Rock Inn on Monday 20th of December (Beach Road, Ulverstone) at 6.30pm-ish. Bring spare shoes and gear in case someone decides you go for a swim.

Our own Devonport Hash Christmas party will be hosted from Crow's Oz Rock Inn on Monday 20th of December (Beach Road, Ulverstone) at 6.30pm-ish. Bring spare shoes and gear in case someone decides you go for a swim.

Dress with a Christmas flavour ... you turkey!!  Beware of the man with the big red nose.

Due to persistent precipitation in the proximity, the river crossing has been aborted. Run will still start and finish at Alma Bridge. On On will be under cover.

Dyke promised us no hills and no mud, no false trails, an ocean full of whales and world peace. And what did we get? Mable cooked up a storm, excellent bread (straight from the freezer), well rigged raffle complete with GoneAgain drawing his own number for the best prize - he was going to call out his own number no matter what, but luck was apparently on his side as well.

Next weeks run is from Alma Bridge 12.2 ks from Forth Post Office on Wilmot Road. Park on right hand side over bridge. Bring spare clothes.

Where:    Alma Bridge 12.2 ks from Forth Post Office on Wilmot Road. Park on right hand side over bridge.

On On:    At picnic shelter on left   Wilmot side of bridge.

Even though Mabel is On-Sec, he can't spell and is computer illiterate, but more importantly, it was I who transcribed details of that abomination we called an AGM on Monday night.
Details below,
Dint.