OnOn in the Cave

It was raining on the way in, it was raining on the way home, it rained as we had the circle, but if there was a sun after dusk it would've shone on us during the run. The Hash Monk did an admirable job keeping us dry during the 30 minute run. Maggie set the run heading West into the bush, then sensibly returned East before we got lost in the dark and unkempt Turners Beach Wilderness behind Camp Clayton.

Maggie's grub was surprisingly palatable, leaving the pack wondering whether there was a new woman in his life. Eyes were turned upon various male Hashers as suspected candidates for Maggie's new bitch.

Maggie's cave was a remarkable scene too, with his lighting provided gratis by the solar panels hanging off the ceiling facing the flood light. Amazing how he rigged it up so the flood light effectively powered itself. Genius. It is no wonder his carbon taxable petrol powered and oil leaking Mini was hidden under many boxes. With innovative perpetual electrical power at hand he's probably driving something electrical (the battery laden hybrid Mini perhaps). To remove any doubt about Maggie's passion a dissected motor was strategically placed next to the table. 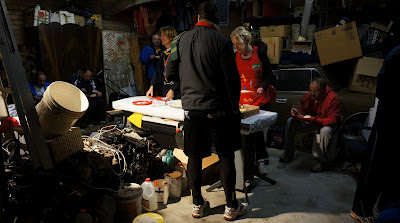 Darnit, I am not going to rewrite my bloody prose again. I haven't had much luck with posting run reports lately.... Anyway, was a blurb about full moons passing without mooning, running Sulphur Creek, Mrs Palmer being left in the cold for an hour because he believed what he read on the internet, Foghorn's latest sheilla update... ah well, just ask someone for the goss...

Warning - no Internet or mobile phone coverage at Highland Fling 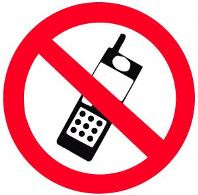 This could be a trap! Grizzly reports that we will all be out of Internet/mobile range at The Highland Fling! Be warned, be prepared.

GoneAgain----
Sent from my iPad
No comments:

Next run set by Dyke from the Devonport Gymnastics Club carpark, behind the basketball courts in Forbes St.Devonport.