Well, its been another year. We survived somehow. Had a good turn up at Cheese's place where we were terrorised by a motley crew of alcoholics who arrived on Mad Max roughly welded together Unicycles with mostly flat tyres. They had no intentions of running/walking, and one of these weirdos was our very own occasional hasher Splonkar, in riot gear complete with fused on motorbike helmet.  Cheese himself was in butcher mode and was wildly swinging his electric knife around, keen to hit life flash. Christmas spirit prevailed everywhere, especially in bottles. 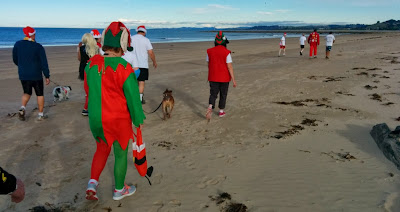 Food was great, with new potatoes, lots of meat, more meat and more meat and loads of deserts. No one had brought a salad and Dint didn't care. We did have a can of corn and some peas for the vegetarians! 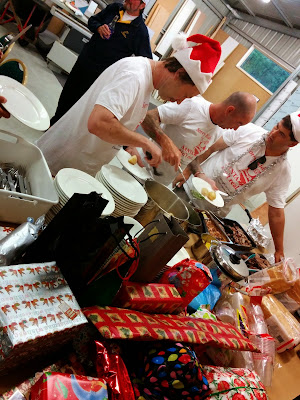 Santa came and dropped off tons of cool pressies like faceless watches and stunt kites and we were all offered a go on (the) Bastard's lap - most refused. 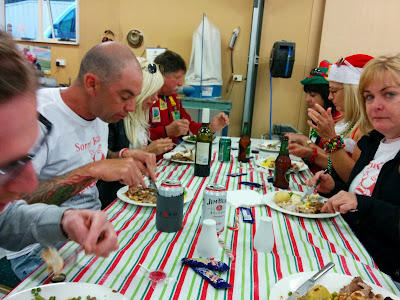 A few poor sods were named, including Debris' young lover whom we called Shrapnel who proxied out her virginal down down as she was driving Debris home (on alleged L-plates). Cheese had somehow seduced his attractive neighbor Alison, whom we called Tasty. Cheese's brother also made a cameo appearance and was promptly christened Chalk - as opposed to Cheese appeared to have managed to score all the good family genes. 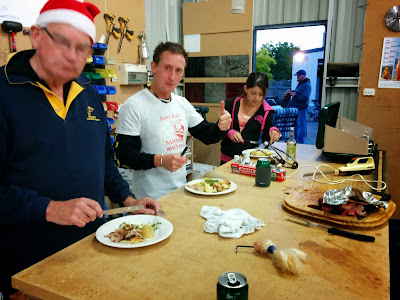 Bedpan handled the crowd admirably as lip, not spilling a drop of piss during the proceedings. 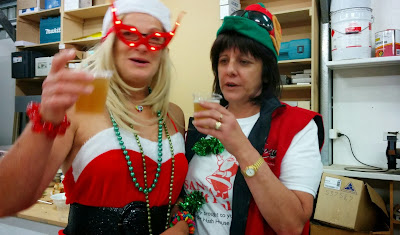 Tracka was a bit jealous of UFO getting Santa's attention, but got lucky himself later on in the evening. 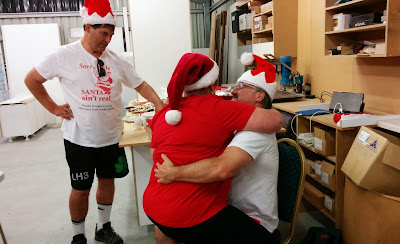 Next run is at 630pm on Monday 6 January 2013 at the good ole Oz Rock Inn (in Ulverstone in case you were confused) where we have the annual war against the happy campers in adjoining campsites. Bring your biggest and bestest water guns and Hasherettes are encourage to bring their thinnest t-shirts (if you really have to wear one at all).