Tracker’s Run from the old High Tide was good by all accounts, taking in all the regional sights. A barrel of laughs at the OnOn at Tinsel’s Palace up the hill. Fire roaring, snags burned, bitch fights and all. The bitch with the skeleton legs was called fat and the bird with the sock on its head and pegs on its face was called skinny. I guess women just want to be average. I personally hate being average looking! Anyways, next week’s run from Poxy and PBs at 3 Eugene Street, Devonport.

And here is the main feature for today: 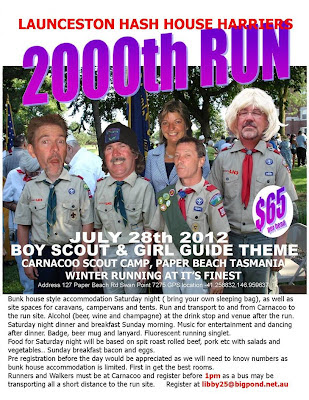