Off to Isandula next Monday!

And so a motly pack of about 15 give or take approximatly  hashers braved the potential rain and gathered at Roberts. The Uber Crowmobile was early for a change and were worried that they may be it. But, in the true tradition of Hashing, more arrived just in time.

The trail went every which way, nearly over the bridge, then back past the Waterfront food place and somewhere between there and the Horsehead Creek boat ramp, the trail was lost (for some) and I was one of the ones. Don't know where the rest went but it was heard that there was a HHH on an entry/exit road to the expressway. Anyway it did not rain during the run but while waiting for those that walked the runners trail we were subjected to a lightning and thunder show. Pretty impressive. 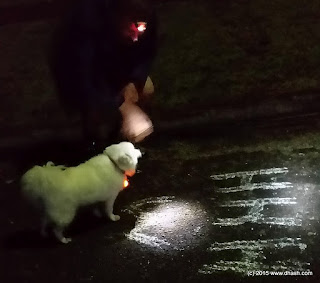 Back at the On On at Dint's and Koff's place,  Koff put on a feast of little dogs and party pies, followed by patties and rolls with lots of salads, and finishing of with Sarah Lee lemon slices and icecream.

Dint did the Lippery and most of the downs were -


Meanwhile, TT, Tracka, Eweturn, GA, GV (welcome back)  , and a couple of other hashers  who stayed even further out of range,  just stayed out of Dint's range.

The rain and thunder came back a few times but Dint's fire braved the elements.

The raffles were won and won. GA, Soff and Cheeze won the beer, cider and wine.

While all this was happening, the Spirit of Tasmania went past, and a sparkling light show from Din't temporary light show started sparking because part of it got wet.

And at the same time that all everything else was happening, Crow was seen to be enjoying a combination sweet of icecream, cake and cheese slices - the only problem he forgot to take off the plastic wrapping off the cheese - wanker! 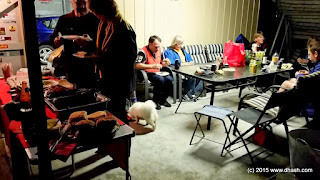 Next weeks run will be set by Ratchet and Knickers from 1054 Isandula Road, Gawler, turn right at the end of the bitumen.

The run after that will be the Brownlow Medal count run from somewhere?

And the Drunken walkers did not get a mention.