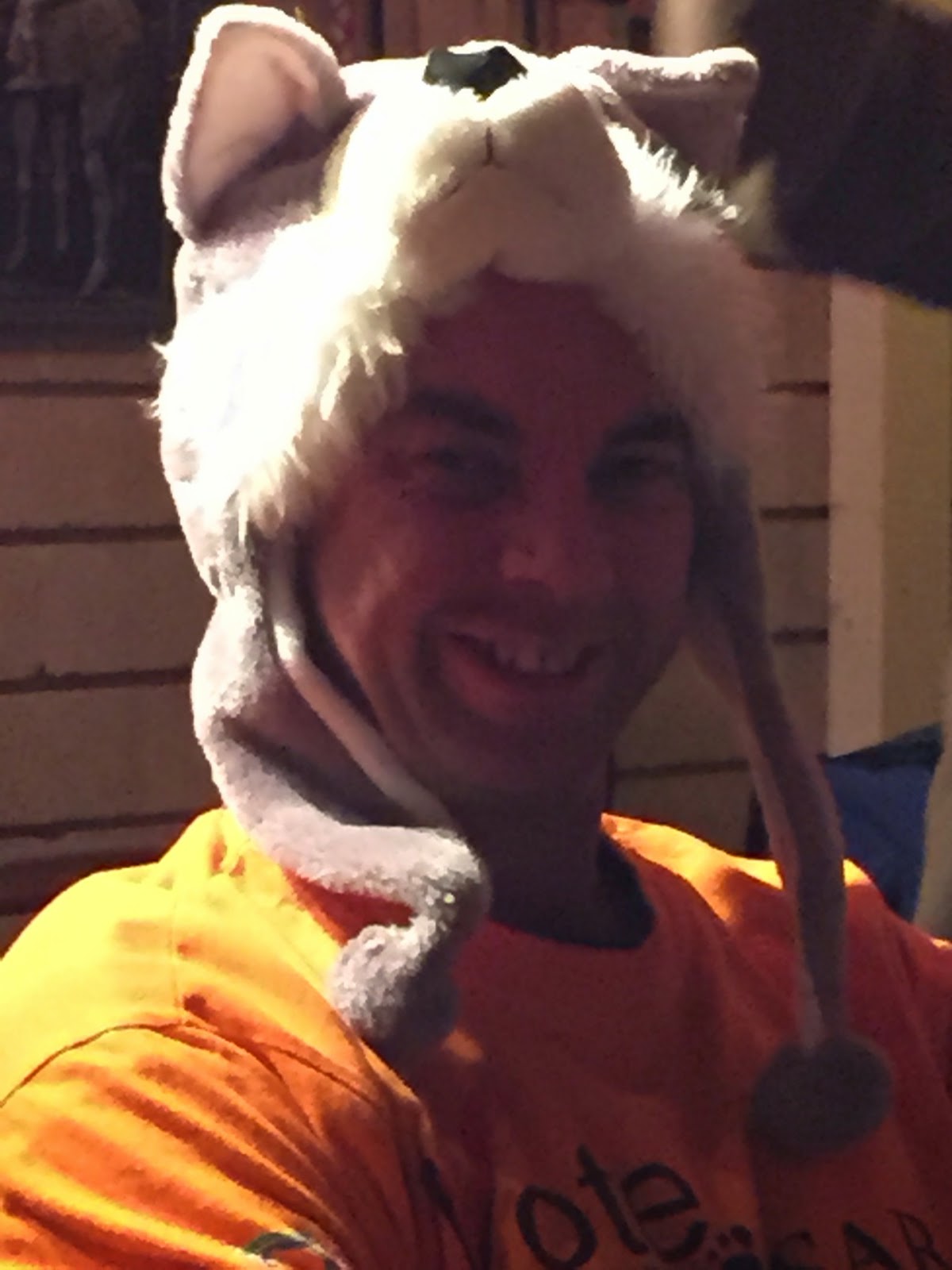 It's been a while since we have had a co-operative Run. In this case, Maggie May co-opted Soff and Landing to host a run while he did the hard yards in setting it. It appears he has run out of room in his garage because of all of his new toys.
And so it came to pass that Maggie appeared at the driveway of the house nearly on the beach at Turners Beach and left a lot of white stuff on the ground and at several places nearby.  Gossip has it that trail headed East to the mouth of the Forth River, and then West along the beach  (good thing Koff was missing as she apparently has difficulty in going in any direction).
Heard tell that Foghorn took off his sox and shoes to cross Claytons Rivulet on the beach - and by the time he did that, the pack had disappeared. So he came back to the house nearly on the beach - bloody sook!  Apparently, trail went over the Bass Highway to a cunningly hidden HHH.
As Landing was in the midst of preparing a sumptuous feast, the Lippery was done first by Dint (and Bastard was still in Vietnam).
Some notable downs were -
.  1243 Tracka (Internation Dislectic Day)
.  393 Maggie    as above
. 786  Soff          as above
. 1299  Guards Van for practice
.  540  Flasher
.  989  Dint
. 151   Captain Crab
. 153  Foghorn  because he won't be here for some months
And then it was time to feed the 21 hashers with Soup, and then there was rissoles/snags/salads/potatoe bake/and lamingtons.
The Hub turned up with Bonor who did not run and for no reason at all, I can't remember who it was awarded to.
Next Weeks run is going to be at Ratchets and Knickers house in the country, at 1015 Isandula Road, Upper Gawler. When you reach the end of the bitumen, turn right,  down the driveway and you are there.
A great night, the fireboxes kept everyone warm and I guess the port did as well.
Our thoughts are with Crow in Melbourne undergoing surgery for his bleeding heart - not figuratively but it could have been.
On On
Soff