Only the hard core runners showed up, those brave enough to defend themselves from being coerced into office positions in the Hash Cummittee. These few brave Hashers were rewarded with a pleasant walk around the Bluff and treated to a special barbie compliments of Crow. 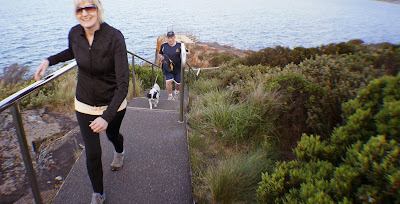 Then Crow was quick to announce all the new un-democratically chosen position, and as the new lip was Foghorn, who was probably named in anticipation of today's event, Foghorn could continue the lip for the evening. Foghorn took up the challenge and immediately picked on Cheese, who apparently never picked on Foghorn when he was lip in previous lives. 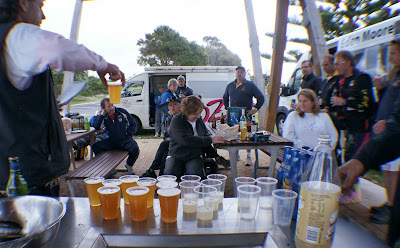 So no protests were received and everyone accepted their predicaments for the year. Details to be published later - when I get a list....

Flasher conducted a biased and rigged raffle, where Fanny May was lucky enough to win her own express mail parcel again.

Next week's run set by Tracker. Meet at the stand of pines on Native Plains Road (off Native Rocks Rd), 2-3kms outside of Railton, but before the bridge over the Mersey. On on at the covered BBQ are on Bell's Parade in Latrobe.