When the night turned black, the hashers did their best, to make everything turn Pink. Our yearly Pink Cancer Run was run, somewhere between Latrobe and Railton, in the bush and a long way from home if you happen to get lost ( cheese). The last time we were here Eagle was push over by Dint, he fell into a bog hole, broke his arm , nearly drowned and we had to get a 4wd to winch him out and then the helicopter took him to hospital .A court case is pending , so no further info on this matter , but lawyers are talking that big money is involved.
Special mention in dispatches for Ba*tard , who thought he was young again and ran the walkers trail . Maggie and Crow went on a false trail to the tip site, hoping to find a bargin, but only found left over food from the hot rod show. The On On was held at Dint’s place but Koff set the night off, with Pink bits everywhere, from pink potatoes, pink rice, lollies, deserts. Balloons, nipples , cat and herself. The raffle was all pink with all prizes worthy of winning, except for the 1st to 12th prizes. Dint won the leg opener Pink Starwine: he said he needed it so he can get Koff in the mood , to help celebrate both becoming “grandparents”.
They said the new babies hash name will be “Cums Too Quick” as Koff said the 9 months will come too quick, as I haven’t purchased any baby stuff yet.
Maggie is in charge of next week run. at his house in Turners Beach . Monday is a Pubic Hair Holiday, so no excuse to work , get along to watch Maggie burn the snags, boil the spuds dry and have a look in his shed for a garage sale bargin 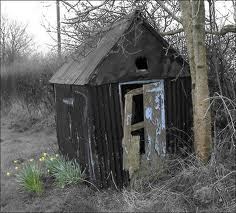 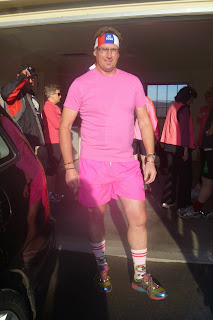