Eagle's nest was where the pack assembled on an almost springy feeling evening. Despite spring being nigh the night was completely dark by the time we left, around 645pm. 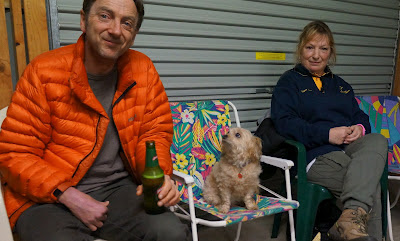 The runners ran 7.5kms and were close to the point of calling for the transport division to haul them home from way past the Ambleside shops, and the walkers were long home entertaining Paul, a virgin runner from Hobart . Paul was lured in with no idea he was coming to Hash. 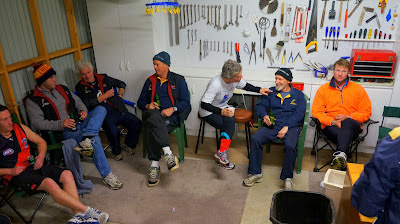 Anyways, run was good, walk was there, grub had no complaints, Paul was christened Rock Spider. Rock Spider can go back to Hobart and tell Spoof he has been officially named by Devonport HHH.

Next run 630pm on 27 August from Flasher and UFO's palace on the West Ulverstone hill: 118 Upper Maud Street.