Just making sure we are all full of beans for the Burnie Ten weekend 20-21 October! Register now: http://bit.ly/arabian2012. And the actual Burnie10: https://www.burnieten.com.au/entry-fees/enter-online.asp 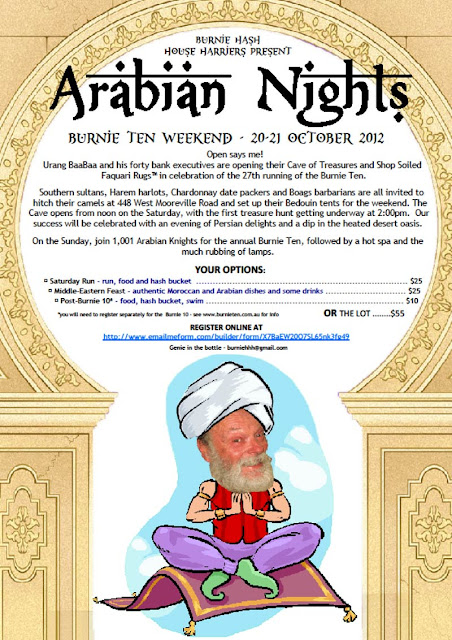 And don't forget the Devonport Tour de Pisse September 15, less than a month away! Email tourdepisse@dhash.com to tellus you're cummin!