Nothing Gnome about Mount Gnomon 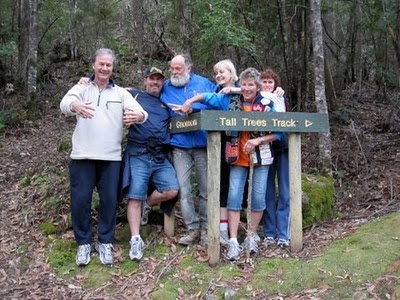 It was a good Cackle of Happy Hashing Punters who found the carpark to Mount Gnomon who were fronted with a life and death Rambo/Whimp Decision. GoneAgain took the wrong decision and headed off down the steep dirt-road, minutes after the runners had left, in the Rambo direction. The sensible Burnie Hashers, our walkers and the Townsville Hashing Tourists all headed up the trail and into the dusk following the Whimp arrow. 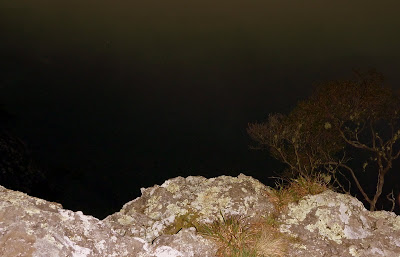 The Walkers started at 320 meters above sealevel and climbed up to 480m, which marks the top of Mount Gnomon. The Runners first descended a further 50-100 meters along a fast trail before starting their climb... GoneAgain was lucky Crow had arrived late and summited in time to scrape him off the trail before he almost plunged off the cliff into a void of darkness, and carry him home. 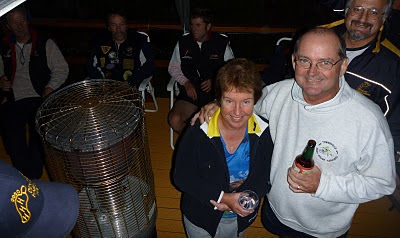 Bastard had the food sorted at his private idaho, buns with meat. Crow came to the rescue for the second time today, bringing fruit and icecream. GoneAgain, who is diabetic, made his second mistake for the night and pigged out on the icecream as he doesnt eat that very often. He was so stuffed that he even left a full but opened beer to ride in the back of Kiler's van to be reclaimed next week.

The Townsville nomads pictured above, Blowback and Copit, were suitably impressed, especially after we all charged our glasses for a farewell drink to Truly the long dog who recently passed away :(

Next Run at Soff's Place in Turners Beach: Number 40 along the Esplanade