Twas a moist start to the run today as we started from Bells Parade with a round about way out. Flasher's Canberra in-law immediately felt at home with the circling about the bush. Eventually we took off in some definitive direction up-river before running through scenic Latrobe CBD. 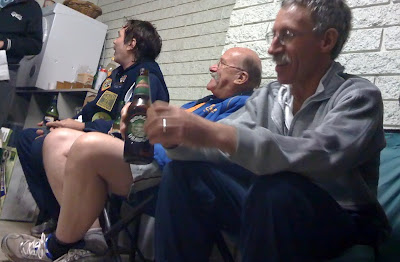 The walkers and runners were split after a short run across Remembrance Way with the runners skirting along Dooleys Hill before we all got lost. The pack split into different factions, some running as far as 9.x kilometers with GoneAgain OAM coughing behind. 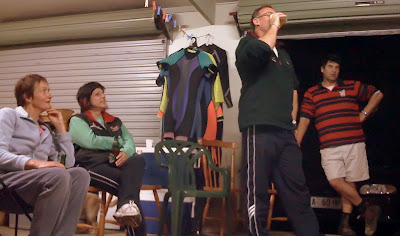 Down Downs galore, especially for the new Sir GA OAM who also dobbed himself in for winning $12K in the lotto which he has to share with 15 ambulance drivers... Plenty of snacks to go round flushed down with soup and beer. 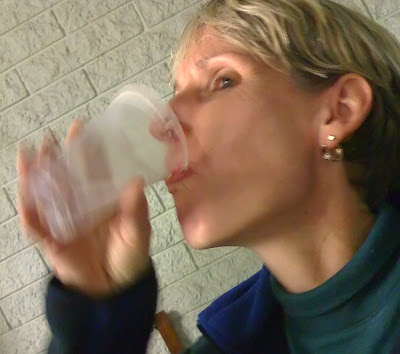 Energiser above, another one of Flasher's numerous in-laws, Anita Appleby (AA) from the Cairns Clan was named after the AA battery that she seemed to be: Energiser.

Here is the RunKeeper's Edition of GoneAgain. To see the altitudes and distances etc. click <here>.