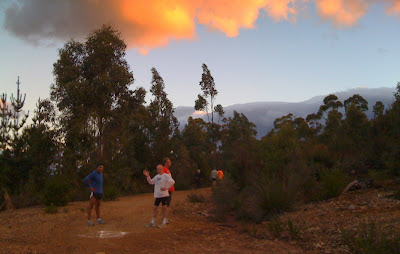 Hard yakka going up and down through the bush between Railton and Spreyton, past some killer dogs and back again... Super-sized snags on the Barbie at the Axeman's Hall of Fame and so another hash was won. 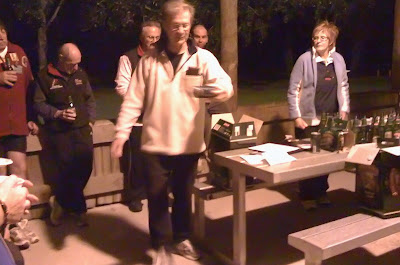 Flasher had a few down downs for his 300th run, GoneAgain set off a fart-bomb, and a large contingent of tourists (including Andre from Brazil who didnt like the meat but ate 4 snags none the less) were present compliments of Killer who got his people mover in action for the occasion.
GoneAgain----