Tracka had set this run to hurt us, that was obvious; payback for some reason. We were told to be in Nook at the golf club right on time, 1730hrs, and not be late. Arriving at 5:29pm was too late apparently. Thruster darted out of her car to catch the skimpy pack made up of a few goody-two-shoes who arrived before time. GoneAgain started coughing in the same direction and Prickle briskly walked past him, dodging the boogers, up the hill. 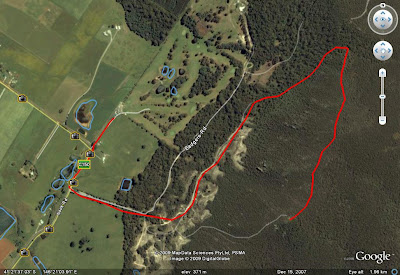 The track unashamedly went 150m vertically up the Badgers range to Kimberly's Lookout, followed the 3km track in a text-book fashion. Fortunately there were no tricky checks as most Hashers had to go solo. The skimpy front pack made it to the top in record time and turned around while GoneAgain was the first to complete the solo  ascent. He was followed by Poxy and his PB (with dog in tow, or should I say towed by the dog) who had Dint on the heels. All parties made it safely down at dusk, in time to make their way to the Sheffield pub serving a BBQ. 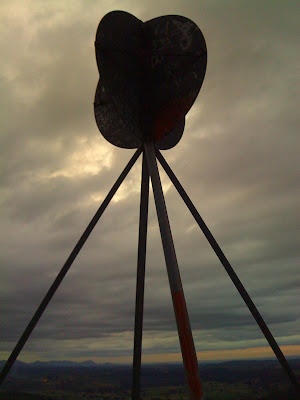 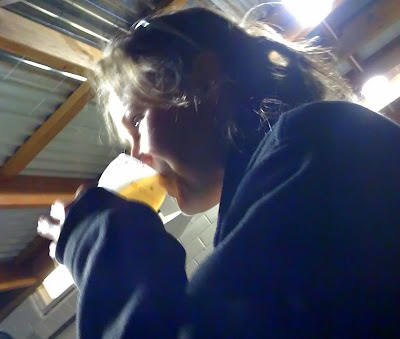 Prickle (above) got punished for having another birthday, and Dint did not bother to burn the Burnie Trash, handed out by their GM, because no Burnie runners were present. Bit-of-this, the Burnie GM, was rightfully insulted.

Beer and cake was head by all (Thruster took the cake as per usual...).