Run No 1811 was also Leap Year R*n No 6 and was hosted by the Phantom Hasher. The Phantom Hasher had obviously been working on the run for the last four years, because he put in a magnificent effort and lead the pack on a 7.5km commando course across the Don Heads. Obstacles included electric fences that had to be rolled under, cliffs that had to be crawled up and trains that had to be dodged. But if the penguins could do it, so could we.

The raffle was run. Not sure who won, apart from Eweturn who drew her own ticket with the help of ticket counting skills, and then fairly and squarely had her ticket drawn again. So she didn't feel too bad about it for very long.

The on-on was catered for by Dominos. The Lip had the night off. The hub wasn't spotted.


Guardy is still away but you will still receive your Sunday Texts from his outdated mobile phone. 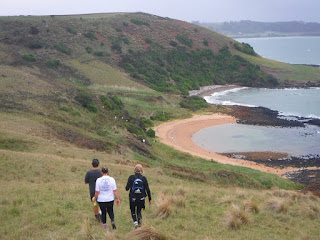 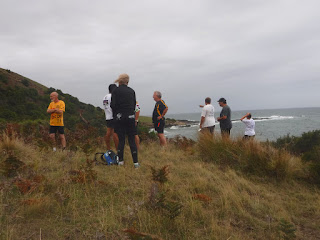