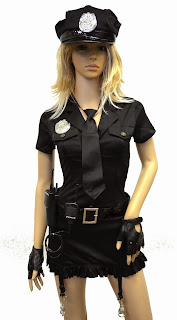 Quality and not quantity is an apt description for the pack that assembled at Hiscutt Park. (with the exception of eight!)

Trail dispersed in two direction from the starting check. Dint decided to ignore the trail and went off on his own jaunt and found a close-by Master Check. But the rest of the pack ignored his call and kept on the trails(s). Long false uphill trails were a “Barsted” but after some time Dint decided to join the rest of the pack and then we were back to a “Smog Pack”. That is, until we got back to a trail diversion for the walkers.

Maggiethoras interpreted “W” to mean “(R)unners”. He felt all alone and lost. Anyway we all eventually finished got back to where we started.

We were joined by Flasher at the On-On at Pioneer and B’sted’s Stew and Chicken Drumsticks with lashings of mashed potatoes. (Yummy!)

Down Downs were administered to all and sundry for very good reasons (?) Doodle-doo had a farewell down pre-embarking on a stint at the Police Academy. A good time was had by all. Thanks to Bastard, Pioneer and Doddle-doo.

PS Fanny May advises that if she can get a lift to Flasher's run she will resurrect the beloved wrigged raffle - so bring a few coins if you'd like to receive a fabulous prize, ha! And also,.... FM's daughter will be undercover for Hash at the Police Academy to make sure Cockadoodledee will be on best behaviour and will report back for us!