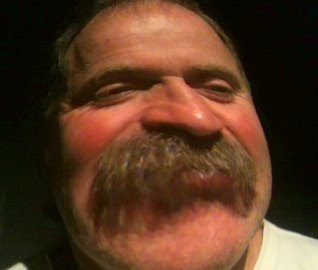 The run started at Lantern's place. Lantern, pictured above, led all us non-believers to the Dead Center of Town; the cemetery situated practically at his doorstep. There we heard haunting rain and blowing wind sounds which mysteriously appeared out of a big box in the outdoor chapel where we had our first master check. Key hashers were assigned ancient kerosene lamps, complete with genies inside, and instructed under no circumstance to loose sight of each other.  The trail ran an eerie loop of the graveyard before disappearing in the zombie infested adjoining dark woods.

Many dark woods and cemeteries later, the walkers and runners, still carrying their dimly flickering lanterns (scaring residents), were guided in separate directions with the runners disappearing deep into the Don forest, and coming out at Sawdust bridge. At this point in time Guardy, who set the run, was already patrolling the streets with his hearse tolling the bell for people to bring out their dead. Several Hashers took this opportunity and were collected in this manner and redeposited back at the haunted and camouflaged Lantern HQ under the bridge over the highway. 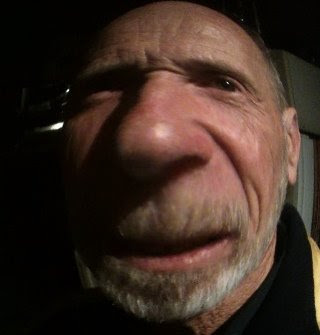 Lantern arranged splendid catering as per his usual standard, but this time he had contracted Guardy and his gas cooker to help to cook up an evil Goul-Hash. The pavlova for desert was most menacing, creeping into the digestive system of all present, including diabetics and slimmers. 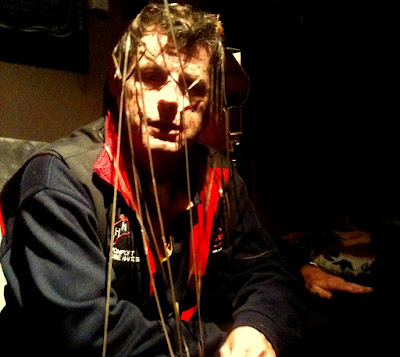 The rigged raffle saw a nice country music cassette won by Crow (or at least he was the eventual recipient of it). Unfortunately Crow had forgotten how to use casettes in general and no matter how he tried he could not hear any music.

As pumpkin time approached the Hashers got into a fit of planking. Seen below is Dyke who was in the middle of doing some 'pelvic floor exercises' when Dini felt compelled to do an impromptu plank on his lap. 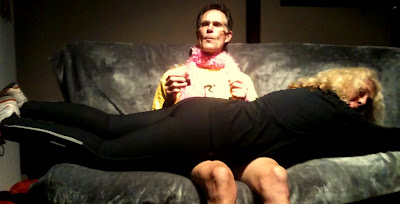 PS Here is the run according to GoneAgain SCB - CLICK HERE