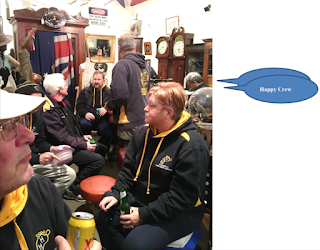 Experienced hare Tracka set a nice run in cold conditions at Latrobe. Dint managed to root his knee or some other ailing body part by mixing his capabilities with his ambitions and abilities.

A cold night it was and Crow’s cruisers were only a little late.

Lantern’s lippery was as follows:

Grange Antiques was warm and inviting and filled with stuffed animals – not the hash horde – but fine taxidermy specimens among other things. Ratchet was eyeing a fine wallaby exhibit for his Isandula Road wildlife park but needed to consult the Isandula Enterprises managing director (Knickers) first.

Also. If you ever find yourself being chased by a pack of Taxidermists - Never play dead!

Cheese’s new tax toy broke the sound barrier on departure. The rigged raffle a la Crow reached new depths in prizes. I was excited to recently find out the following about one of Crow’s better raffle prizes: Wizz Fizz is an Australian brand of sherbet manufactured by Fyna Foods Australia Pty Ltd.

Wizz Fizz is available in 12.5-gram sachets in the form of a very fine powder, and it is most commonly sold at convenience stores and supermarkets.Wizz Fizz is known for its small plastic shovel that allows consumption of the sherbet straight from the sachet. To be fair – Crow did find a cheap bottle of out of date wine! Pizza’a everywhere! Eagle’s GF special was a little on the large side for him and so he appealed for some willing helpers. 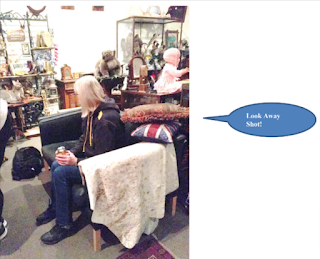