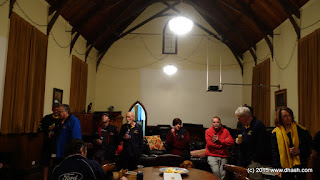 And so an unnumbered number of Hashers gathered at the Dell Luck car park in anticipation of a wondrous trail where GV warned that Hashers may get wet and to bring dry gear.

On the resonate tones of On On from the Trailmaster - nothing happened! Strange that, no-one seemed to hear. So On On was said again, and again, and in due course Hashers sought out the trail. Where did the trail go you ask? Well, it went up the Don Hill road past the nursery, and then left into the new (sort of) housing development. On down to the Don River, along the Don River, and across the Don River everyone getting their feet wet. Cheeze thought he could get across without getting wet by climbing a tree and crawling over the river on a branch. However, the branch broke and Cheeze fell down and still got wet, and was in some pain back at the On On.

The runners went ahead as they do and found themselves being ambushed by some young people worded up by GV to throw water bombs and point garden hoses at them. All who brought dry clothes were pleased they did.

Back at the carpark, Killa pointer the way to his new acquisition of the Don Congregational Church just up the hill - and suggested that Hashers walk up as parking was limited, and it was.

Once everyone found the refreshment container, Bastard did the lip and downs were - 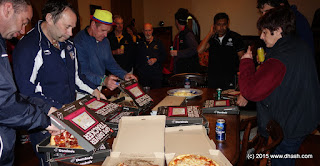 The raffles were won and won and the winners were -


We thank Killa for showing us what can be done with a used church building. 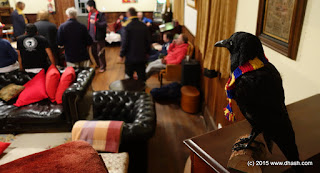