On this cool and dark evening we followed Flasher's Flour for miles and miles through West Ulverstone Heights. Those who persevered found the eternal steps back up to Maude Street and safely back to UFO's cooking. 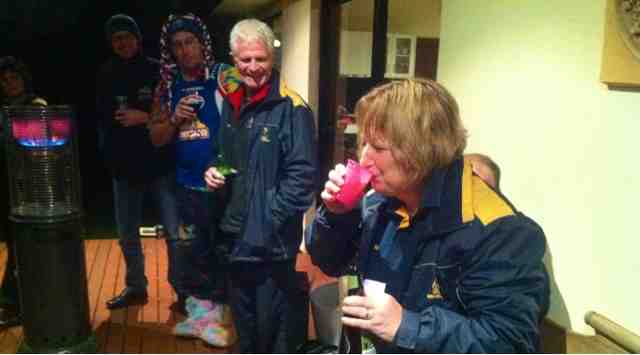 GoneAgain took his CalendarDate for the run but had to carry her back with an ACL injury. A few down-downs for various racially vilified people and some innocent ones. An illegit raffle was conducted by Flasher himself and the main prize was a pre-owned (by none less than both Mullet AND Thrust) game of a trivial Sexual Pursuit game.

Anyways, you're all dying to know where we run next monday. It is at the Mersey Yacht Club in Devonport, OnOn at the Legendary Dint's place where we shall dig into some Pizza (we expect home made of course)!