Meet Outside Gates Bells Parade, Latrobe. Those who wanna take their cars inside Gates can, they'll be safely locked up for you o/night!!!! Bald Eagle to set Run/Walk. After at Tracka and Tinsel's, 71 Tarleton Road.


RUN, WALK, GOSSIP 12TH JULY.
Fun and frivolity etc. was had after "Fantasmagorical Run/Walk set by Dint"!!!! Dint tried to feed "Mouse" aka "Rodent Fanny May" to "Demon" the Rotty who luckily decided he didn't want to die choking on a Fur Ball. Cough made incredibly edible soup and luscious Apple Crumble which was scoffed down by the howling crowd - BUT we were all left wondering if there was some kitchen malfunction when Dint went screaming off in his car (only person I know that can do 100km in reverse in short driveway???). All was revealed when Dint arrived back "at much the same speed" juggling many, many pizza's for mains, which out of courtesy were scoffed down in the same disgusting manner!! The usual amount of shit reason downers WITHOUT Ginger Beer, just doesn't cut the mustard!!! 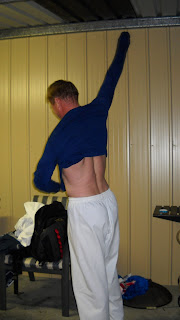 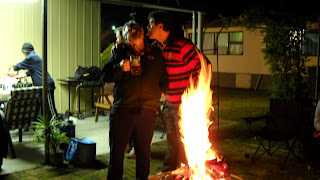