Santa has come and gone... 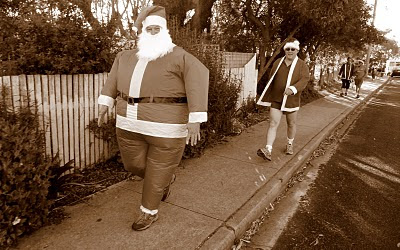 And the next run is on Monday 28 December at Dalgarth Park on Dalgarth road, Bakers Beach (Narwantapu).
Dalgarth Road is 2nd turn to the right on Bakers Beach road.

Rest of the RECEDING HARELINE