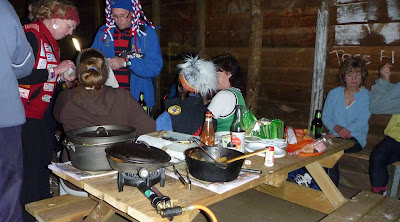 Guardy pulled off another bloody good effort, which really isn't fair, he always gets a go...

Bald Eagle has inflicted long term psychological damage to his grandson by exposing him to Hash! The poor sod was called LJ, for Little Johnny, a hash-name that Harriettes will generally not go near when he gets to that stage in life. And speaking of Harriettes, Mullet (pronounced MULLEIGH, similar to the french word Malaise which loosely translates to Sicko) brought her horse Lenny again. Dint is in love with this horse and Coff was not impressed when Lenny obediently licked Dint squarely on the lips when he begged it for a lick.

Anyways, on to the more important news... Next week's run coincides with the Brownlow Medal Count and so is held at Cheese's place in Amherst Street, The Stone. Come as your favourite football hero and be prepared for a long night!