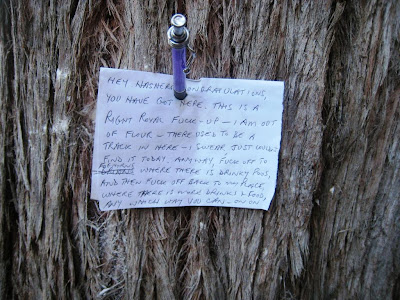 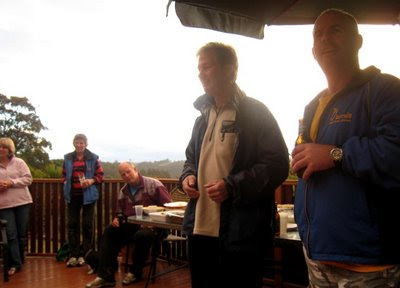 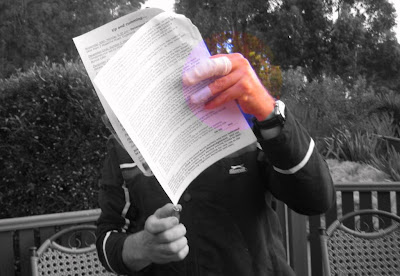 It was a hilly jaunt from Skid’s place with lots of serious ups with no freaking view at the top, black slimy shiggy, cutting grass, prickly scrub, and an arse-grazing slide back down at the speed of gravity.  And that’s where the Hare ran out of flour (see note).  Those who knew which way was sideways found their way to Foghorn’s for a heart-warming Stones.  New Hash Monk Ringo kept the rain at bay while new Hash Cash Bastard fleeced even the most dedicated defaulters, and new Hash Lip Who gave ‘em all a good tongue lashing.  Dint  bore the signs of Koff having accidentally swallowed a packet of razor blades (in the space of a week she gave herself a tonsillectomy, appendicectomy, hysterectomy, circumcised her lover and Dint luckily only lost a couple of fingers…later on, he trimmed the hedge).  Delicious fly-in tucker from Crow and superb hosting from Skid, Dick and family.