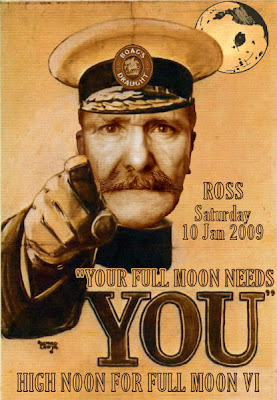 In 1901 the newly-formed nation of Australia was drawn into its first conflict, as an empire took on some upstart colonials on the African continent.

In 2009 the battle in the Boer Beer War continues in Tasmania as the forces of Lord Ringo’s Boags Empire take on the rag-tag Cascade colonials, led by Grizzly van der Kuunt, at the border territory of Ross.

The charge of the Light Beer Brigade begins at noon on Saturday 10th January 2009, and forces should marshal in full regalia outside the Ross Caravan Park.

Soldiers should bring their own meat rations and an extra canteen, lest you suffer from strong thirst.

Forces assigned to remain on the battlefield overnight will need to arrange their own bivouac.
Boags forces can receive further orders from Lt Col Dini, while Cascade colonials can contact Grizzly (on their dhash.com emails.

PS For those on HashSpace you can RSVP <here>.