Only the toughest showed up today, the others were at Phillip Island. 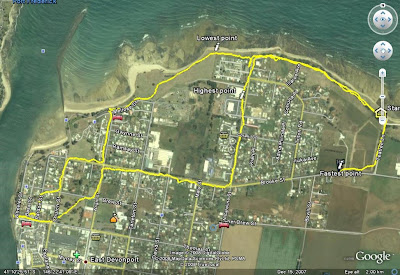 The trail went to the Spirit of Tasmania and then told us to Hash home. It was just shy of 7km and the four runners took under 49 minutes. Watch out Burnie Ten! 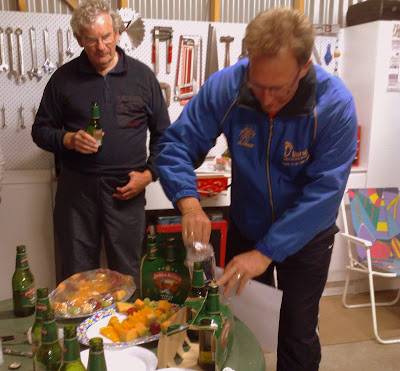 Eagle set a modest run today and then tried to poison us with wine (it apparently had alcohol in it which burns your stomach...). Flasher played lip and PB refused to be the beer bitch. GoneAgain flashed medical devices and plugged everybody in to check their oxygen levels and heart rates. Skid scored the highest heart rate by being consistently above 100 at rest and Poxy scared us with low oxygen reading (explained by his passive smoking habit...). PB revealed she f#^&s Poxy not on mondays, not on tuesday, not on wednesdays,... but maybe in the Hilton Hotel. Foghorn got drunk and evaded an early 60th birthday down down. Fab & Backdoor graced us with their pressence but they will be Ghana again soon.