Don't get too excited yet, the below photo was taken at the back of the Mole Creek pub where we had the Breaking Wind in the Willows Full Moon at High Noon run. The NW was well represented with good specimen of Kylie Moles - even though of the many Moles in the Wind in the Willows none were called Kylie. Notable was also Spoof who came as a spelunker, which really was as close as a mole as we got for the evening. Anyways, enough is enough. Now to the real bits you want to read about...

The Bike Hash! Knickers and Ratchet set their annual Port Sorrel Bike hash in all their spare time whilst lounging around our corner of tropical paradise in Tasmania's NW. Walk/Run was a permutation of the limited trails that we hadn't yet done, and we can award them another high 3/10 for trying. On return our right footwear had been stolen, with Tinsel later trying to return it as lost property at the Circle. She got the down down for this evil deed, but all was quickly forgiven because she was turning 100 the next day. No hash raffle to report on because Flasher is actually working his butt off.

The strange man who normally stares at us each year was notably absent, as was Cheese's superbike. Cheese felt obliged to take our Hash booze in his van. This selfless act surprised as all as we all know he could've barked anyone else into bringing it along for him. For once we actually appreciated having Cheese! 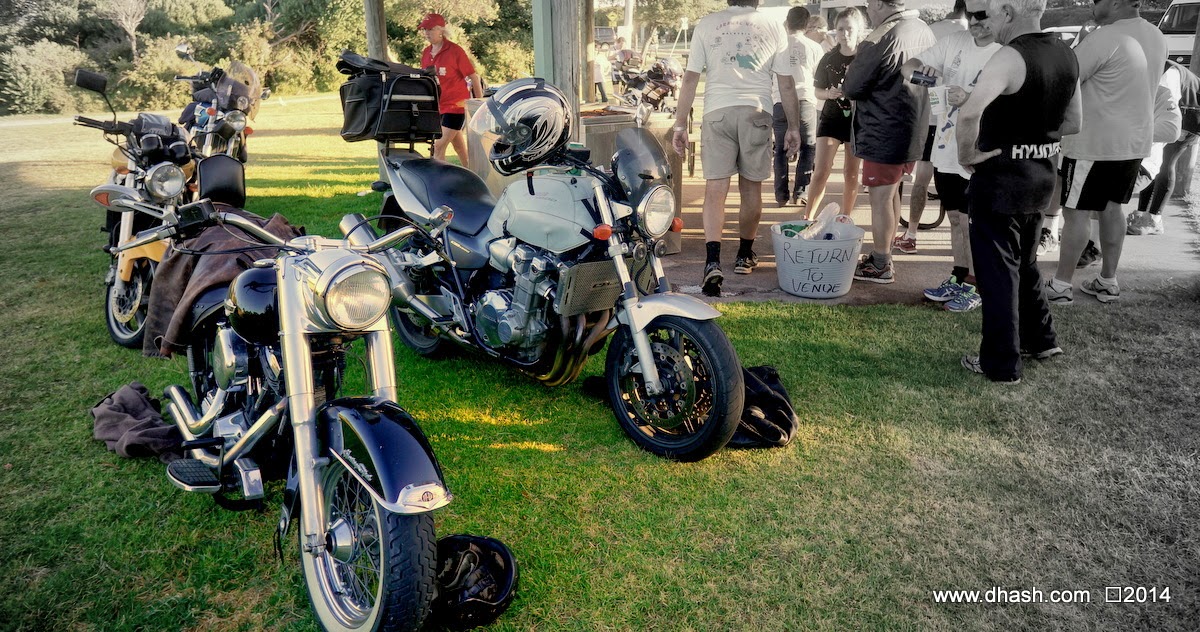 And so we come to the next important bit that you really care about, it is Foghorn's annual Australia Day Run. No one could be more patriotic than a converted pom I suppose. Foghorn is conducting an un-armed sandal race for us, women have to come covered in black dresses and cover their faces and men have to bring along their own prayer mats. Metal detectors at the gate. Be at Foghorn's nest on 27 January 2014 up in the hills nestled somewhere between Melrose and Aberdeen; 8 Talbor Court, Aberdeen.