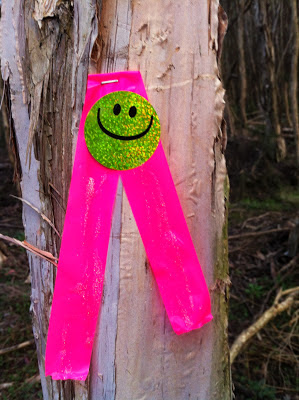 Swimwear? No-one brought swimwear for our Coles Beach Run. And so the hare guided us inland instead. We headed deep into the dark recesses of the Don Forest Reserve following the 875 grams of carefully distributed flour. The fact that GoneAgain had made an enormous, super-human, effort to adorn the trail with reflective signs was superfluous. Everyone found the scant flour marks and few noticed the reflective pink ribbons stapled to the trees, brushed up with glitter paint and topped with reflective stickers. As it turned out the pink tape was deflective, the stickers were defective and the glitter paint was ineffective.

The OnOn at FannyMay's was done inside the palace, in the northern annexe of the abode. Though the initial batch of cookery was deemed sub-hash-standard the eventually served simple fare of chicken and meat buns were well received, mostly due to the ice-cream and cake dessert. 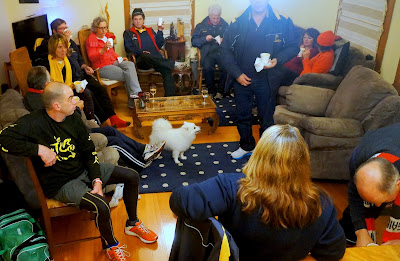 BedPan deserved a down-down for thinking the Blog Dates were in fact run dates, the Lip got a down down for new shoes and a variety of other inexcusable crimes. Other down downs were handed out, and the rigged raffle included expired catalogs, chocolate and petrol vouchers. 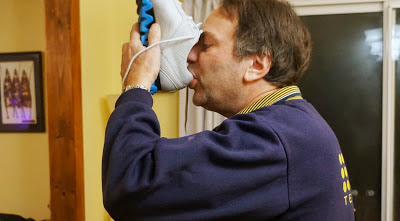 And next run, other than the NW Lunar Hash run on Sunday from the Burnie Beach Hotel, is Monday (24 June) at 630pm from Yep's place, on the bottom of Mission Hill, numba Wan. Someone please let him know...