A cold but good run by Shagadelic from the Bluff car park which appeared to wind around the walking track towards and up the Mersey. Cheese and several others were noted returning briskly to head to Lantern’s for the ONON.

Lanterns camouflaged Ukrainian bunker was a welcome and warm retreat and his fire pit raged outside as well. Hare Shagadelic excelled as usual with fine and plentiful food. Crow managed to avoid the derision of hashers for his raffle due to a previous commitment to his Hot Rod enthusiast friends. Of course that was a fine for him getting pissed with a different group to Hash.

For some inexplicable reason, the Central Coast Cruisers turned up on time – maybe there is a reason for that. No major stuff ups or misadventures to report but that’s just a fleeting thing.

Lip Lantern carried on the good work and a few notable downs were:

De-parking was quite innocuous without Crow’s high rise van to prune Lantern’s trees. 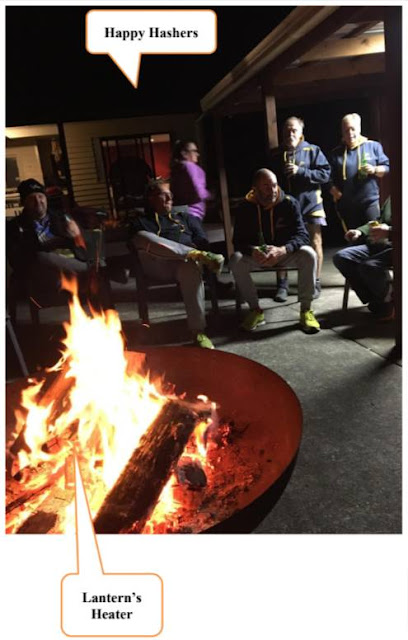