The Hash Monk held off the rain for Hash hour. The walkers went walkabout on an imaginary walkers' trail which consisted of made belief checks. No complaints about circle checks, but we were not impressed by the false trail we found (whoever made the fals trail up - we took turns imagining the trail). 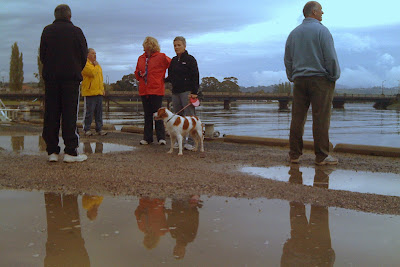 The runners had a flour trail apparently, and no complaints were tabled from them as they had their mouths full of food. Crow's run was, as always, well catered for. As is not unusual, behind every successful man there is one amazed woman, and today that was clearly 1080 who even won an ice-cube maker for her freezer in the rigged raffle. Food was 5 stars as we have come to expect from Crow. 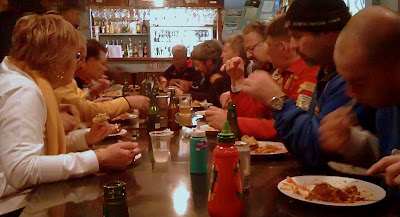 Don't forget tomorrow's run is at FC's: 191 Stubbs Road in Turners Beach which might be <here>... Just head for Stubbs road and follow your nose. If you get lost just call a friend or ask the audience.